Lebanon is a country in the Middle East along side the Mediterranean Sea. The main language is Arabic, but French and English as well are a common language in Lebanon today. Lebanon has a rich culture and history. The capital of Lebanon is Beirut, nicknamed as Paris of the Middle East; it stands as one of the best destinations in the world. Lebanese immigration to the rest of the world had started early part in their history. The Phoenicians, the earliest people in the area were the  first to sail the seas, settling in modern day Sicily, Tunisia and Spain. Today there are about 3.5 million Lebanese inside Lebanon and about 17 million outside of Lebanon. Large Lebanese communities can be found all over the world, in countries such as Brazil, Canada, Australia, France and the United States. Lebanese Immigration into Canada started out in the late 1800’s. Settling in cities such as Montreal, Ottawa, Edmonton and Fort McMurray bringing with them knowledge and ideas. Records also show of a number of Lebanese working with the Hudson Bay Company along side the Saskatchewan River. They introduced lentils to Canada, which helped the Canadian economy in such a way, that today Canada is the number one producer of Lentils in the world. This is Lebanon’s second time in the world cup. Consisting of great young talents, players such as Mitch Bauche, Aske Larsen and Rabih Jomha are sure to have an impact on this year’s tournament. 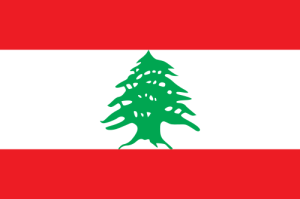