Brazilian immigrants began settling in Saskatoon and surrounding area in the 1970’s. Since this initial wave of immigration, Saskatoon and the University of Saskatchewan have been the beacon for Brazilians looking to expand their formal knowledge through Masters, PhD and PostDoc programs. The Brazilian community is still a very small and relatively new community when compared to other immigrant communities that have settled here. Our community is primarily comprised of Brazilian families, students who attend the University of Saskatchewan, and/or skilled workers. Our culture is considered a “Melting Pot” due to the huge diversity of immigrant populations that have been settling in Brazil since its discovery in 1500. Soccer is what unites all Brazilians. We like to think that each of us is a “soccer player or a soccer coach”. Soccer is our passion and it runs in our veins. It’s not uncommon for a Brazilian to say that Brazil’s national sport is volleyball and that SOCCER is our religion. Brazilian soccer has a greater history in global competition than any other country in the world. They have won so much, so often, and they have fielded some of the best teams ever to take the pitch and compete. With such a great history and so many championships, World Cups and so on, there is a great tradition and rabid, fervent fans. When the opportunity arose to have a Brazilian soccer squad in the Saskatoon World Cup the “Team Brazil” emerged and recruited the best Brazilian talent in Canada.. Team Brazil is relying on the returns of some key players:, Renato Duarte, Adilson Josinho, Filipe Santos,Felipe Carvalho #FC7, Thiago Silva #TS10, Claudinei Machado and the new generation: Miguel Neto, Henrique de Pra, Shane Faria, Jordan Stewart, the big wall Augusto Oliveira, Matheus Costa and the talented Mexican player Jerson Barandica #JB13. The captain Joe Almeida and the young coach/player Thiago Prado along with the team managers Sasa Grubor and Darko Mestrovic are leading the SELECAO CANARINHO. Being Silver Medal in 2010 we have not yet won the championship but be advised that we are a force to be reckoned with!! This year is special for our community as Brazil(country) is hosting the real World Cup, which for us is an extra motivation to fight for the title in Saskatoon 2014 world cup! Raca Brasil!!!!!! 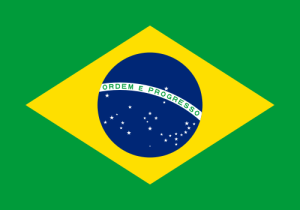